TED Spread & LIBOR: What Every Investor Should Know 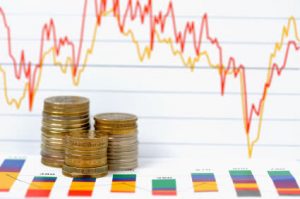 The TED Spread is the difference between the 3 month T-bill rate and the 3 month London Inter Bank Offered Rate (LIBOR). It is important because it is an indicator of perceived economic risk, monetary liquidity, and perceived credit risk of the global financial banking system. Therefore it should be one of your indicators when considering investment risk.

The London Inter Bank Offered Rate (LIBOR) is the average interest rate at which global banks borrow and lend from each other. It’s purpose is to have a benchmark for bank to bank transactions. The index is used widely around the globe to set the interest rate of various variable rate loans.

How the TED Spread Works

Investors, economists, and financial analysts use the TED spread to evaluate the level of risk in the financial system. Comparing the risk free rate to LIBOR provides an indication of the risk the global markets perceive in the global banking system.

This is the difference between a risk free investment (3-month T-bills) and the interest rate at which global banks borrow and lend from each other.  For example if the 3 month T-bill is 1.85% and the 3 month Libor rate is 2.35%, the TED spread would be 0.50.

A TED spread of less that .50 would be considered a low spread and indicate that the markets perceive only a small amount of financial risk. A TED spread greater than 1.0 would indicate greater uncertainty and at least some risk in the global financial banking system. The spread went as high as 4.5 in the 2007-09 financial crises.

Why the TED Spread is Important

The TED Spread is important to investment analysis because it is a simple indicator of the price of money (interest rate) in the global banking system. It is an indicator of the solvency of financial institutions, monetary liquidity, and perceived risk of the financial system.

Disclaimer
While Arbor Investment Planner has used reasonable efforts to obtain information from reliable sources, we make no representations or warranties as to the accuracy, reliability, or completeness of third-party information presented herein. The sole purpose of this analysis is information. Nothing presented herein is, or is intended to constitute investment advice. Consult your financial advisor before making investment decisions.